Home / Experience / LA is Incredible, Moving in LA is a Different Story

LA is Incredible, Moving in LA is a Different Story 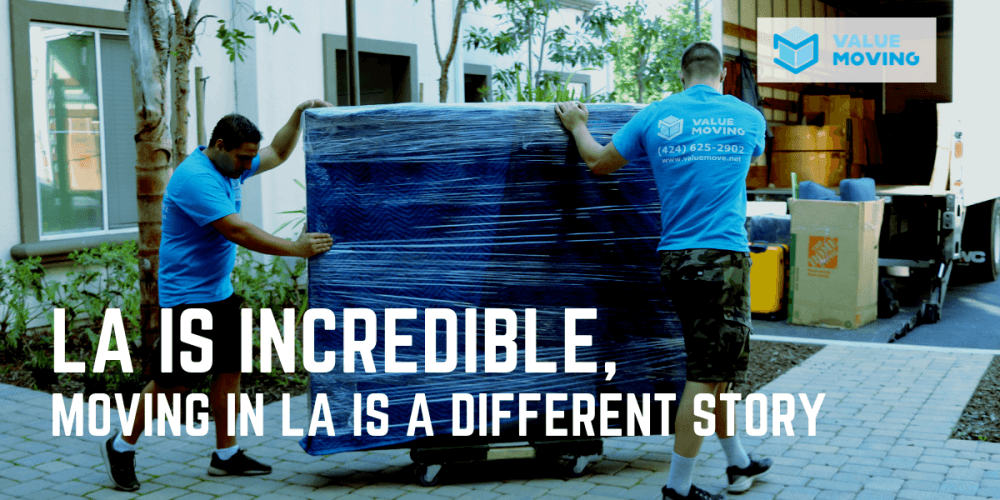 Los Angeles is quite a city to be a moving company in. Between Silicon Beach and being the entertainment capital of the world, Los Angeles is a busy city and so are we as movers serving the Los Angeles area. Los Angeles is such a diverse city with so many cultures and unique characteristics.

The Westside is a world of its own with Malibu, and the Palisades, stretching down to Venice, the Marina, and Playa Del Rey. Silicon Beach is a thriving community in the city where industrious tech titans such as Google and FB reside, as well as many early stage companies trying to establish themselves.

Downtown Los Angeles and Mid City has a whole different energy. Chinatown and Koreatown bring incredible culture to LA. With Hollywood comes the active entertainment industry and all the movies and productions that go along with it. There is so much to see in Los Angeles, and many of our moving customers are excited to live in a new niche with restaurants, shops, and different characteristics.

The Problem with Moving in Los Angeles

As incredible as LA is as a city, moving in Los Angeles is no easy project. Especially with how busy the freeways get and how crazy drivers in Los Angeles can be. We beat the congestion and leave ample time commuting to make sure we get to the job on time! As a moving company, we know the Los Angeles streets incredibly well and know how to make our way through the city. On a day to day basis, Value Moving experiences what’s great about moving in LA, and what makes moving here so difficult.

The congestion is one of the largest issues. A past customer mentioned that a move took days due to multiple trips and the congestion on the streets and freeways LA is so well known for. Fortunately, we have a variety in sizes of our vehicles, allowing you to finish your move in a couple of hours rather than a couple of days. Getting the materials and packaging ready for a move is another project in itself. Packaging, moving, and assembly are what we do on a daily basis.

Parking is a whole different problem depending on what area of the city you either live in or are moving to. With our commercial vehicles, we are fortunate enough to have some flexibility when it comes to double parking in busy neighborhoods. You don’t have to worry about parking tickets when we’re on the job.

The buildings are another issue we’ve seen past customers have problems with. A significant amount of buildings in Los Angeles are on the older side. This gives the city character, but also could make a move much more difficult. We’ve seen 8 apartment buildings with broken elevators or without elevators all together! We usually come in after someone thought they could handle a move themselves, and then realized that they needed professional movers on the job.

Value Moving is here to make moving in LA as easy as possible for you!